MPK Lofts FC have made a great start to their Division 1 campaign in the Bristol Premier Sunday League. At around the half-way stage of the season, the team are currently 3rd in the table – and although they sit 14 points off first-place F.C Stockwood – have 4 games in hand on the league leaders.

Furthermore, MPK and Stockwood are still to meet in the league. If the MPK lads can maintain their form, it’s gearing up to be a monumental two games that will decide how the season unfolds.

We shouldn’t forget AFC Brunel however. They sit dangerously in second-place, having only played a game more than MPK with a slightly superior goal difference. With these three teams fighting for two promotion places, it’s going to be an exciting end to the campaign.

Whilst the MPK Lofts F.C Football Team (which is made up of players from all walks of life) are competing on the pitch each Sunday morning flying the MPK flag and getting results, the main workforce is busy during the working week providing a Specialist Loft Conversion service. The company also offer Extensions, Roofing works, and Garage Conversions.

For more info, check out their website, whilst to see how they get on in the league you can head to the Bristol Premier Sunday League page here. 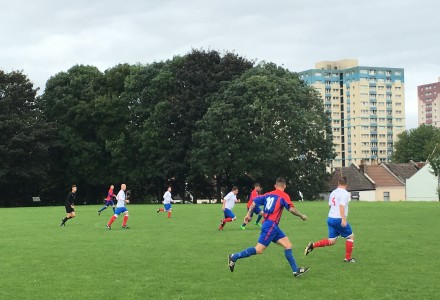